At St Mary’s we warmly welcome children of all ages and their families to our church family. There is so much on offer, ranging from a Toddler Group to a Sunday Club, from All Together Services to special events (as well as much more!). We want to ensure that children and their families are a fundamental part of our worship and at the heart of our church. Our aim is to nurture, encourage exploration of, and provide enrichment of, Christian faith through our services and groups, which are specifically designed for these ages.

Here are our key dates for Sundays up to Easter 2023. We hope to see you at church.

Please do keep an eye on out on this page and in the newsletter for special activities and events. 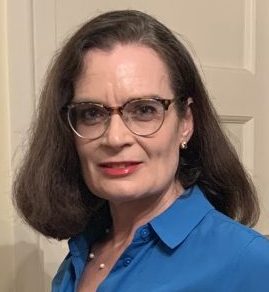 I am delighted to have taken on the role of Youth Worker at St Mary’s Barnes. Many of you will already know me as a familiar face about Barnes. My husband, Joel, and I live in the village and worship at St Mary’s with our three teenage children, Charis, Imogen and Caleb, who have all attended various local schools. If any of you are involved with Guiding in Barnes you may also recognise me as “Tawny Owl” and the Ranger leader.

Apart from working closely with James and Jackie in relation to the babies, toddlers and primary aged children at church, I am particularly excited to be developing the provision for teens within our congregation.

At St Mary’s we value everyone in the church family and are minded of the message found in 1 Timothy vv4:12:

“Do not let anyone look down on you because you are young, but set an example for the believers in speech, in conduct, in love, in faith and in purity.” 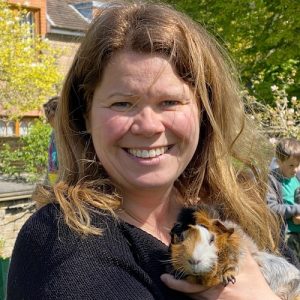 I joined the team in February 2020 and it has been wonderful getting to know the whole church community, especially the children who bring such energy and inspired thinking about their faith.

Within my role, I am able to work both within the church as well as within the local area offering outreach where opportunity presents.

I work particularly closely with Julie, our youth worker, to ensure that we can support children on their journey of faith from the very early years, right through to adulthood.

If you would like to know more about our work with children and families, I would be delighted to hear from you. Please do email: [email protected] or alternatively contact me via the church office.

Baptisms normally take place once a month on Sunday at 11.45am, usually with two or more children. It is a full service with hymns, reading, address, prayers, as well as the baptism. To help prepare for a child’s baptism service, parents are invited to a a meeting beforehand. Read more about baptism at St Mary’s.

Each year between 12 and 18 children aged seven to eleven years take their First Communion, the majority being 7 to 9 years old.
To prepare children for admission to First Communion we run about six weekly sessions after school. Read more about First Communion at St Mary’s.

The Confirmation service gives the opportunity for adults and young people to become full members of the Church of England.
It is called Confirmation because in the service each candidate “confirms” for themselves the promises that were made on their behalf at their baptism.

St. Mary’s Barnes is committed to ensuring everyone can worship, learn and work in a safe environment.

View details, see who the Parish Safeguarding Officers are and link to the Diocese and other safeguarding sites. 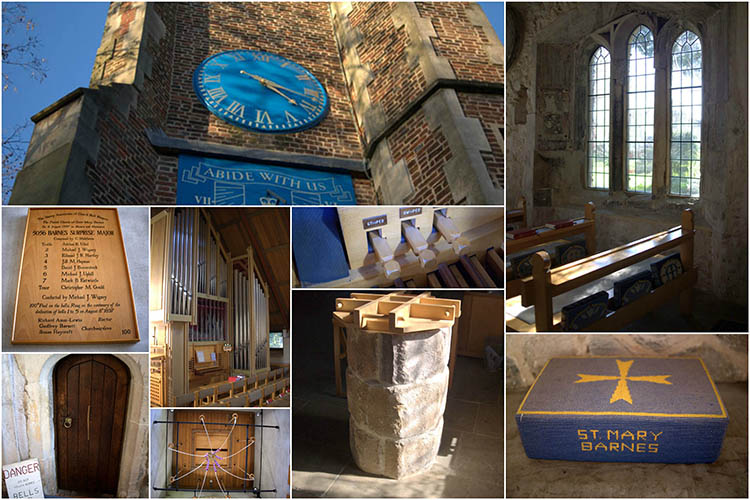 Find out more about our historic church with the Children’s Trail, devised in association with NADFAS . Available to download here or pick up a printed copy at the back of the church, near the main door.