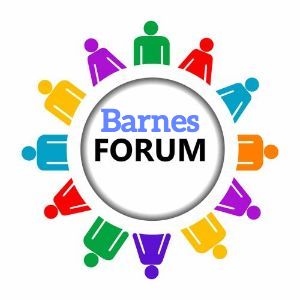 The Barnes Forum on Lockdown Issues

Dear all, The second Barnes Forum took place on Zoom on Wednesday 20th January 2021, please view the recording here Passcode: kPVwey^9 It was good in itself to hear the range of voices expressed last night, though of course we are just a small slice of the wider... 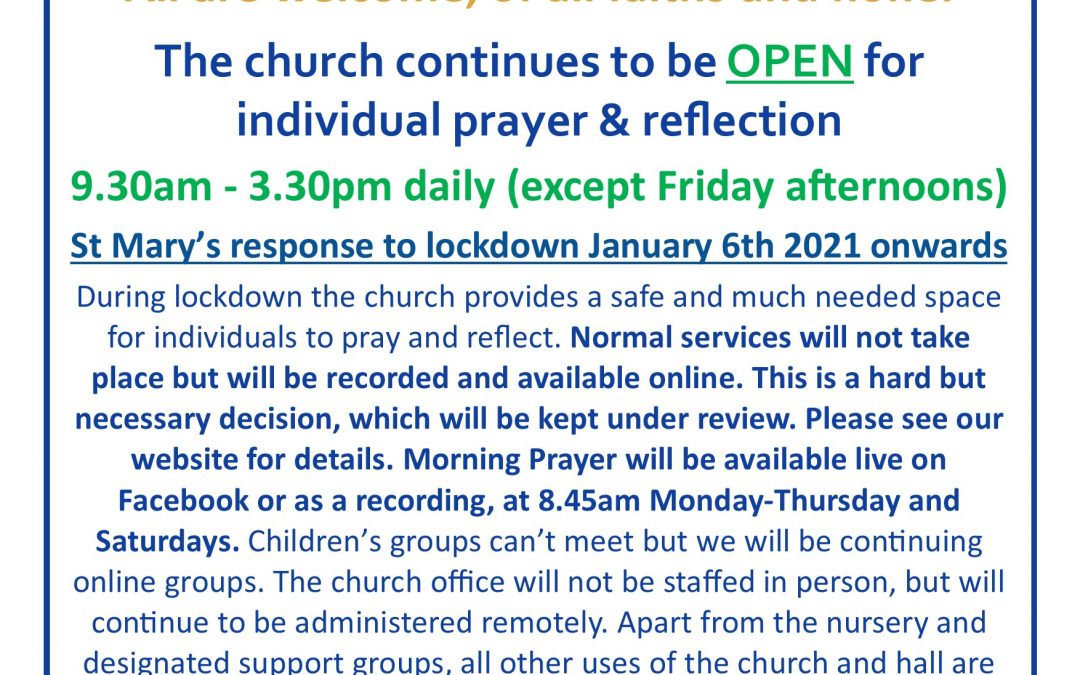 Welcome, we are open

Barnes Cares: is co-ordinated by the Barnes Community Association. Barnes Cares Richmond Council Community Hub: 0208 8716555 or [email protected] Foodbank: Donations can be left at the church when open in the collection box by the entrance,... 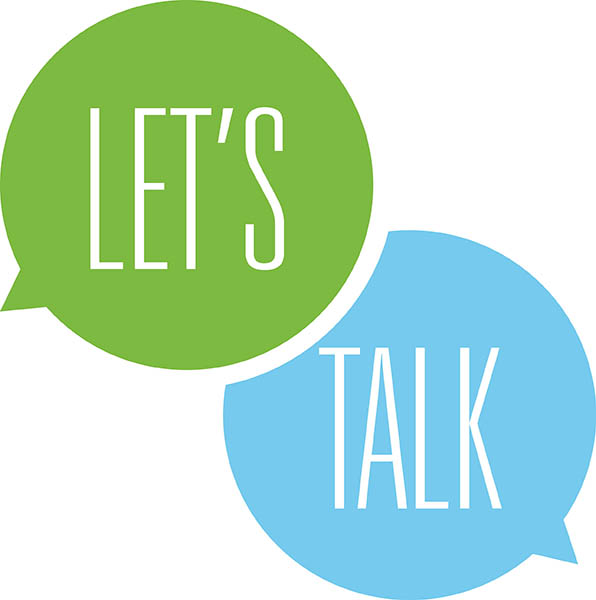 At this time when it is difficult to see family and friends, or even neighbours, it can make a big difference to be able to chat with someone else. At St Mary’s, we have a pastoral care group of people who are experienced in listening and talking on the phone.There is...

Revd James Hutchings was instituted as Team Rector and Vicar of St Mary Barnes in July 2019.   James had been the Team Rector of Littleham-cum-Exmouth with Lympstone, and Rural Dean of Aylesbeare, in the Diocese of Exeter and previously served in other parishes in the same diocese.

James is the youngest of 5 children and was brought up and nurtured as a Christian in a Hampshire village. He graduated from Exeter University (Economics) and lived in London for 22 years before moving to Devon when he was ordained. He worked in London initially in banking for Barclays and Kleinwort Benson. He then worked in the voluntary sector running the cross-parliamentary Future of Europe Trust and was latterly Regional Director of the Shaw Trust, a national disability charity. Along the way James has been a local councillor and parliamentary candidate. His faith grew as an active member of St Leonard Streatham where he was involved in setting up the Spires homelessness centre, and at St Mary Twickenham and he was ordained in 2006.

James is married to Alice who was a solicitor, lectured at the College of Law and Guildford, and was Administrator for the Anglican chaplaincy at Exeter University. They have 3 children: Ben is a graphic designer working for a firm of architects in central London and living in Finsbury Park; Ollie graduated in Human Geography from Reading University and returns shortly from Argentina where he has been teaching English and improving his Spanish; Sarah is studying for a foundation diploma at Exeter School of Art, before going to Cardiff University in September to study English Language and Linguistics.

Aside from the family, James’s interests include walking with Jessie the family dog (now aged 15), going to the theatre and cinema, reading, and a general interest in sport including playing golf and cycling around the parish.

He was instituted at St Mary’s by the Bishop of Kingston on Monday 22nd July 2019.

The Annual Parochial Church Meeting has been rescheduled to the evening of Thursday 22nd October 2020.

Due to the Coronavirus outbreak and restrictions, some dates in this calendar will be subject to change, please check back often for updates. 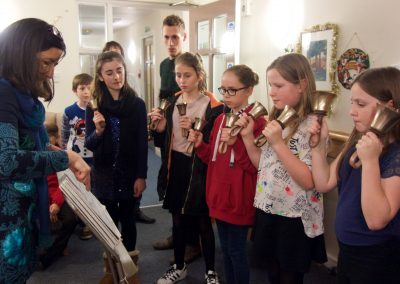 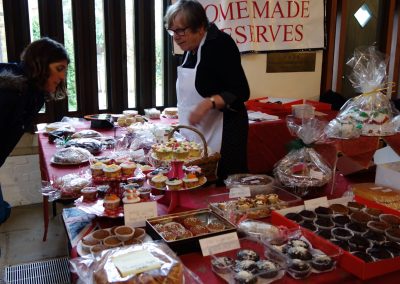 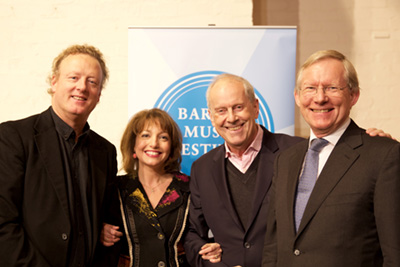 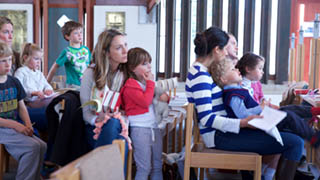 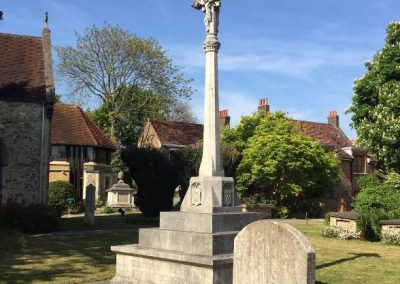 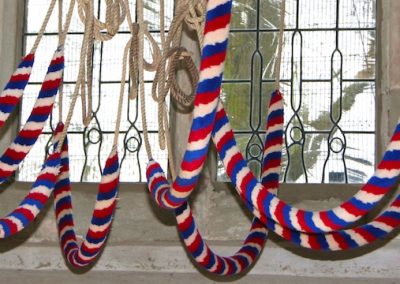 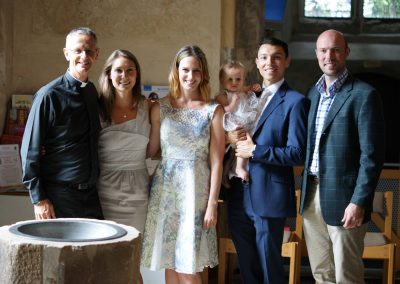 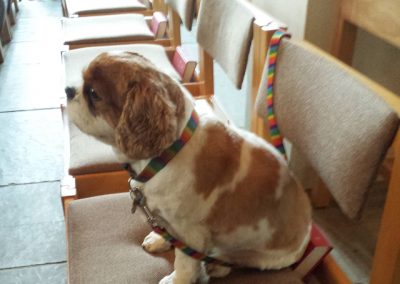 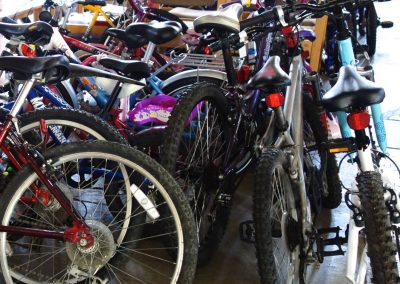 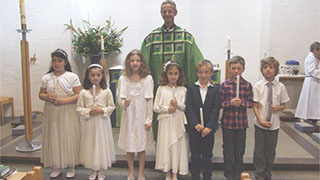 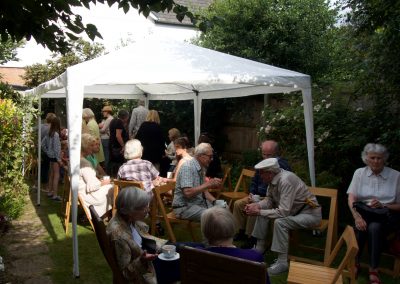 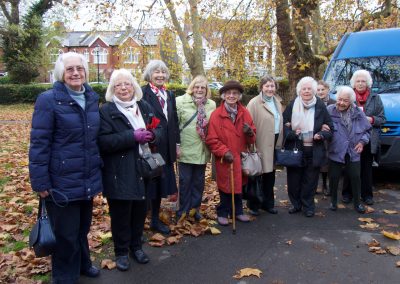