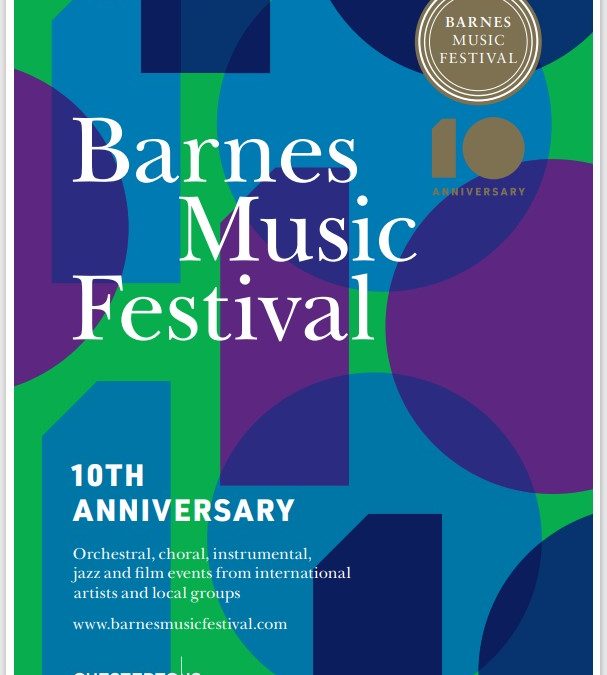 The Barnes Music Festival 2022 is celebrating 10 years with this year’s festival from 4th to 20th March.

Over that time it has become an established part of the strong cultural scene in Barnes featuring orchestral, choral, instrumental, opera, jazz and film events from international artists and local groups.

“After the disruption of the last two years, we are delighted to have a full programme of 36 events over two music-packed weeks in March” says Festival Chairman Andrew Summers. “Over the ten years we have had themes such as Handel & Composers of Barnes, Peace & Harmonies, Music & Invention and Musical Journeys but our theme this year Is just 10th Anniversary.  We are celebrating this by having Ten for Ten new compositions which will have their world premieres during the festival”.

Barnes Music Festival has thrived, thanks to many supporters including main sponsor Chestertons, and has brought much enjoyment and wonderful music to Barnes audiences over ten years. This year promises to be better than ever.

Pick up a brochure from the BCA, Chestertons or St Mary’s and visit www.barnesmusicfestival.com for more information.